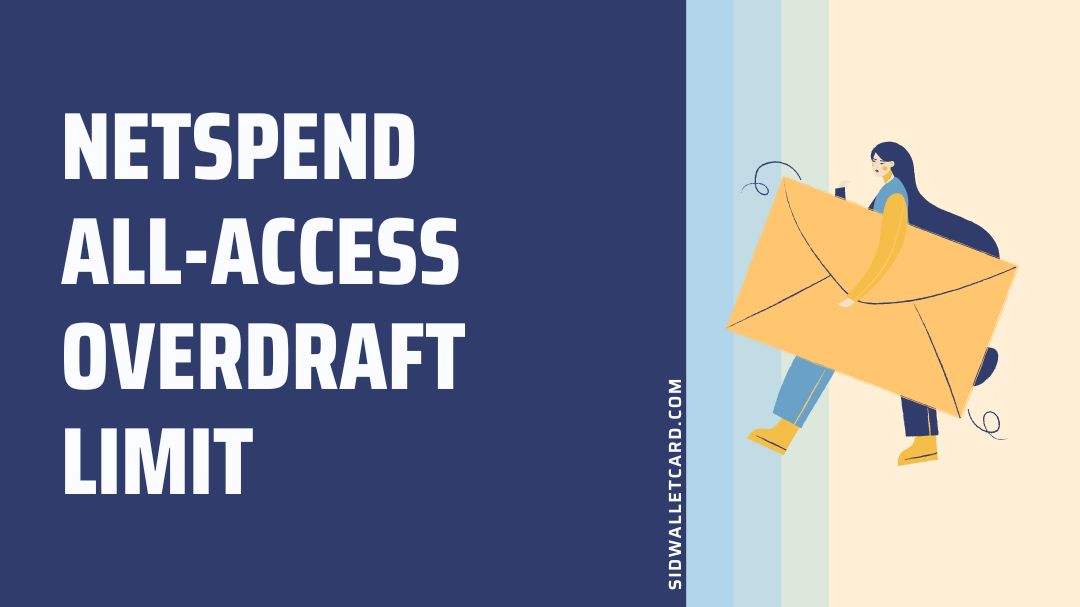 Have a Netspend card and are curious whether you can go into an ATM and overdraft with it?

Maybe you just got your first Netspend card and you’re curious about your overdraft possibilities. Or could it be that you’re just interested in learning more? Fret not as we have the solution for you, no matter what your situation is.

When you get paid late, fail to properly manage your finances, or incur a larger-than-usual expense, you may find yourself in the unfortunate position of overdrawing your account. After going through what it means to “overdraw” your account, the next step is to determine whether or not it is possible to do so with a Netspend card.

Overdrafts are possible with Netspend, and we’ve explained all of the stipulations for using Netspend’s overdraft protection service.

Short Answer: There is no hard and fast rule concerning how much of an overdraft you may incur while using Netspend all access, and the service makes no such statement. Some speculation suggests, however, that a single overdraft session using Netspend is limited to a maximum of $200.

You are not required to repay the overdraft by law; rather, you must maintain the same amount that caused the overdraft in your account, from which Netspend will automatically withdraw the repayment.

When a client’s account balance is overdrawn by more than $10, Netspend notifies the consumer of the overdrawn amount. There will be a 24-hour grace period during which the consumer may add funds to the account to bring the balance back up to above $10. If the client does not respond to the alert, Netspend will assess a $20 overdraft protection service fee.

For you to make use of this service, you will need to ensure that you receive a direct deposit of at least $200 into your account every month.

There are, of course, additional constraints. You can’t overdraw your account more than three times in any given calendar month, even if you’re willing to pay the overdraft cost of $15 per overdraft transaction. Thus, you should never utilize the overdraft option of your Netspend account unless necessary.

Can I overdraft my Netspend card at ATM?

Yes, you can overdraft your Netspend card at an ATM provided you sign up for Netspend’s overdraft protection service. However, overdraft privileges, even those that incur no fees, will be suspended until a minimum of $200 is deposited into the account every 30 days.

MetaBank customers have the option to take advantage of overdraft protection, however, doing so is not required. First, enable this feature on your Netspend account, and then you’ll be able to utilize the overdraft feature.

To avoid incurring excessive overdraft fees, you should know that there is a $20 cost for each transaction that pushes you into an overdraft and that you are limited to three such fines in any given calendar month.

The ability to overdraw your account is dependent upon your having access to this overdraft protection. The card will not allow you to make purchases or withdraw cash from an ATM over the amount currently available on the card. If you want to use your card again, you’ll need to add funds to it.

You’ll need overdraft protection in place if you plan on overdrawing your account, as we discussed before. You will need to get your card processed via MetaBank and make a request for it to be attached to the account in order to accomplish this.

Due to the automatic deactivation of their Netspend overdraft protection, clients of Netspend should be cautious not to deactivate their email accounts or revoke their agreement for receiving electronic disclosures.

1. Can I overdraft my Netspend card?

It is possible to get into an overdraft status with a Netspend card. Overdrawing your Netspend card account is possible only if you have signed up for the overdraft protection service. You would not have the ability to overdraw your account for any amount without incurring a charge until you deposit a minimum of $200 every month.

If you adhere to the guidelines laid forth by the official Netspend overdraft protection service, you won’t have to worry about being charged the overdraft fee. In the event that a customer overdraws their account by less than $10 in a single transaction or the aggregate over no more than three transactions in a given month, no overdraft charge will be assessed.

Any customer of Netspend’s overdraft protection service is given a full day to avoid fees. Therefore, you should always have enough money in your account to cover any potential overdraft fees

Now you know that, so long as you’re a member of the overdraft protection system, you may use your Netspend card to make an ATM withdrawal that’s more than the available balance.

You may easily apply for the program and use the funds even if they aren’t in your account, as long as you pay them back by the end of the month.

Use caution, since doing so might lead to financial difficulties if the overdraft is overused.

SidWalletcard.com is purely an educational blog and doesn't intend to infringe any copyright. Brand names used on the website are used for informational and reference purposes only. We fully disclaim the authority of the brand name and logos.